In honour of Black History Month in the UK, we believe we have a duty to share our views and reflect on this significant time of year, from the perspective of the Island Delight directors: Wade Lyn and Cleo Lyn. By interviewing the key figures of Island Delight, insight was captured from two different generations.

What Does Black History Month Mean To You?

So, if I had to say, Black History Month is actually to show younger people, who believe that society is less inclusive of BAME, the history and success of black history across the course of the month. But as one once said, ‘we’d like to have Black History Month for 12 months of the year, and not just the month of October’.

How Do You Feel Black History Month In The UK Has Shone Light On The Contributions And Success Of Black People?

I think it raises the profile of the people that have gone before me, hundreds of years ago. And it’s shone a light to say our history is out there. When I grew up in Jamaica, our black role models are standard practice. I think it’s great that the UK Government have recognised that and would like to showcase black role models. Also, I think it is great for that social diversity, that we can showcase other ethnicities in the month of October.

How Do You Feel Things Have Progressed In Respect For Black History Month In The UK?

I think each year it’s getting stronger. For instance, I’ve recognised that you are getting a lot more black faces on adverts. So, I could see the black permutation is going through. You’ll have a white husband with a black wife, or a white lady with a black husband, Asians and East Asians too. So, I think that when you start to see that in adverts in the last 18 months, you’re then saying we’ve arrived as such. I think Black History Month in the UK, help us move forward because it highlights the blackness in our society- I think we can’t get away from that.

Now For A More Personal Question: Do You Have Any Experiences Of Your Own In Terms Of Discrimination?

I had an experience quite recently at the High Court of Justice in London when I went for my inaugural, to hear my name called out two years ago with my auntie. We were going into this event, and a person turned around and looked me up and down and my auntie up and down. I said “did you see it” and she said “I saw that”. To me, that was saying they felt that I shouldn’t be there.

Now, because I am a black man originally from Jamaica, I believe that as a trailblazer I will get that, but I don’t feel that’s a problem for me. I feel I have to excel in those roles. So, going forward, being the High Sheriff in 2023, I have to stand up and defend our black community as best as possible.

Do You Feel More Appeased With The Current Diversity And Acceptance In The World Today?

I think you will get racism across all races and all countries mainly because it’s ingrained in society- you have to accept that. But, I think you’d be better to rise above it. So, I always say to anybody, if you experience it, ask them why. Is it because I’m better than you? Is it because I’ve got a tan and you’re just jealous because I’ve got a tan and all the rest of the stuff? And I think once you have a proper discussion with them, they then feel more comfortable and understand your side.

So, I’ll give you an example, a lot of young people will say ‘wagwan’ now, which obviously comes from the Jamaican slang saying of ‘how are you’. And, I was listening to an advert about Google and the English guy is saying ‘wagwan’ to the black guys, so to me I think our culture and language, the Patois, is starting to connect with a lot of young kids.

What Do You Feel More, Needs To Be Done?

I think by having more black people in position of authority will drive society and drive the younger generation so they can believe they can achieve that. I think my role is to focus on that ‘role model’, raising the profile of black individuals today who can achieve more or better than where I’ve got today.

Would You Agree With What The Following Statement: By Integrating The Education Of Black History, Do You Feel There Will Be Less Incidents Of Discrimination?

Island delight supports Black History Month on a number of platforms. I think as a company we try and be charitable to our black community so we predominantly will give out our Caribbean Patties to organisations locally and nationally. We have previously done work with FareShare down in Bristol, whilst this year we have had numerous donations including schools. We will support as many black history projects as possible locally and nationally. I will also go out and talk to schools in the UK as part of Black History Month.

Lloyds Bank are releasing an Island Delight campaign which will go live during Black History Month which showcases myself, a black man, across billboards, newspapers and social media, all nationally. I think the more we can do as a company to showcase where we are, the more people can see us out there and that you know it’s not just individuals, but companies are doing something.

Would You Say You’ve Remained Strong In Your Approach And You Haven’t Changed Your Direction Because Of Others Or Worry You Won’t Impress Others?

No, I’ve tried to remain true to my value. I’m a Jamaican by birth. My mother still lives in Jamaica.

There’s a saying in Jamaica, ‘we’re little, but we’re talawa’- so we have a little island but we shout very big. I think what we try and do in Jamaica and the Caribbean islands is to try and impart that paradise: warm weather, blue seas, lovely Sandy Beach and we’ve got smiling faces.

I endorse Jamaican products and wave the Jamaican flag which is printed on all packaging of our range of products. So, for me it’s to keep that heritage going for the next generation and hopefully she’ll (Cleo Lyn- Wade’s daughter) carry that on.

So, How Do You Feel Island Delight As A Brand Is Evidence Of The Progress Of Diversity And Acceptance.

We carry the Jamaican flag on our products, so that’s one of the key things we do. And I think it’s to carry that link that it’s a black owned company; we produce black products: Caribbean patties– the fast food of Jamaica. I think it’s all about the prowess that we’re proud to be Jamaican. But, proud to be black also and that’s what we’re going to try and always do.

Picture Yourself: You’re Walking Into A Supermarket, And You See An Island Delight Pattie, How Does That Feel For You?

If I could say, I feel very proud. My daughter growing up would say “daddy makes those’”. So, I think I’m proud, the people that work here are proud and I’m glad that we’ve got a multiracial workforce: Black, Asian, White and so on. I always propagate that if we’ve got a diverse workforce, employing people from different ethnic backgrounds, they feel a little bit at home. The question was always asked, they never saw me at the front. And the ownership was perhaps ambiguous in terms of thinking it may not be black owned, but I think I have to promote the blackness.

Following On From That, What Role Do You Feel You Have In Driving Your Business To Showcase Black-Owned Business Can Be Successful?

I think to showcase to other up and coming black businesses that it is possible to be successful. For instance, I try and coach younger people. I think for me, I must impart my experience onto the younger people so that they don’t make the same mistakes that I’ve made to give them a better chance at success.

You Previously Mentioned That You Were A Trailblazer. Do You Have A Vision Of Promoting Trailblazers For The Future And Doing Their Own Thing, Driving Towards Their Goals?

Yes, so for me is to open doors that they may feel that’s closed. I could be a teacher if you like. If you came to me saying ‘Mr Lyn, I’ve got a product’, this is my business plan’, I would teach you: you need to do this and that and we’ll get it to the bigger stage. I’ll advise as well as getting my sales guys to open the doors and get your products out there. I think I’ve got to help people to achieve their goal, but far quicker than how I’ve done it.

What Is Your Role In Terms Of Inspiring Younger Generations?

With the advent of the Internet, it is inevitable that I’m going to be out there, I can’t hide; they can Google the brand; they can see who the owners are. I think that’s how I can inspire them as I brought a company from nothing to what it is today. It took us 30 years, but you know they can aspire to that. I think thats a case, as me as an athlete, I get up every day, I train every day to get better the following day. And I think you have to look at setbacks. No matter whether it’s racial, financial, whatever it is, you get up, learn and move forward. 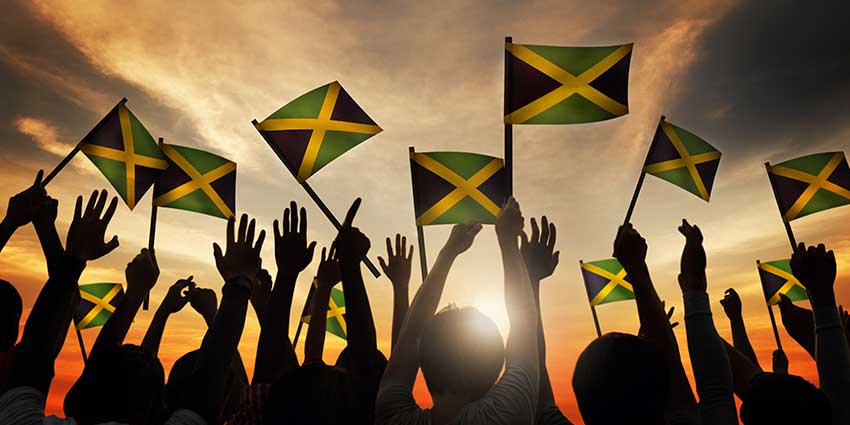 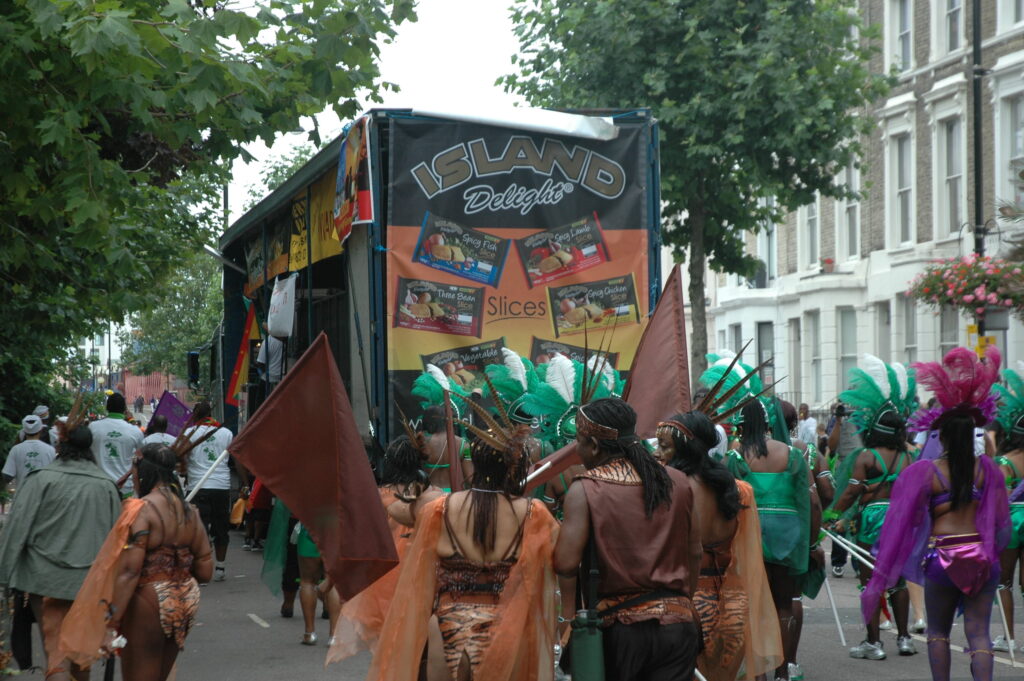 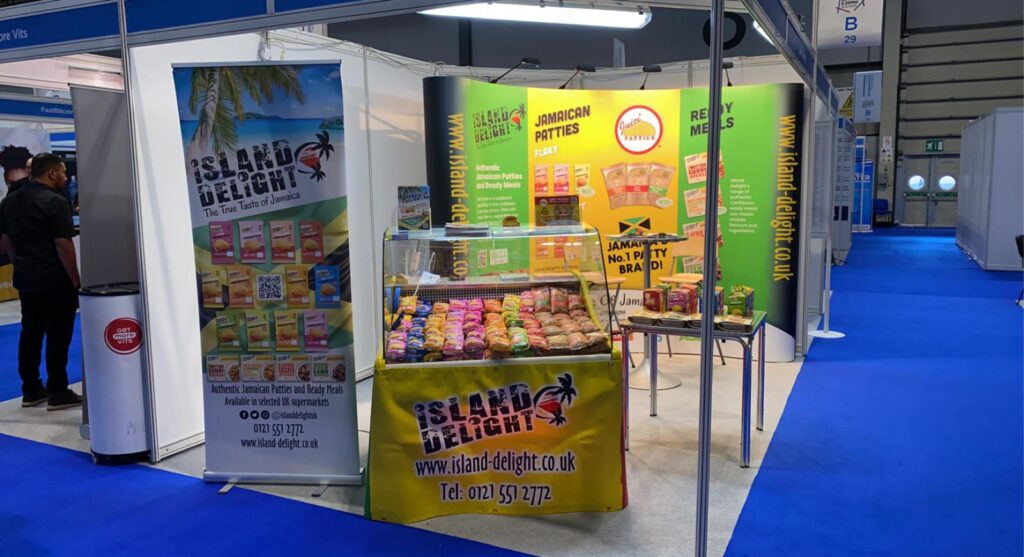